An Open Letter To My Beloved White Male Allies 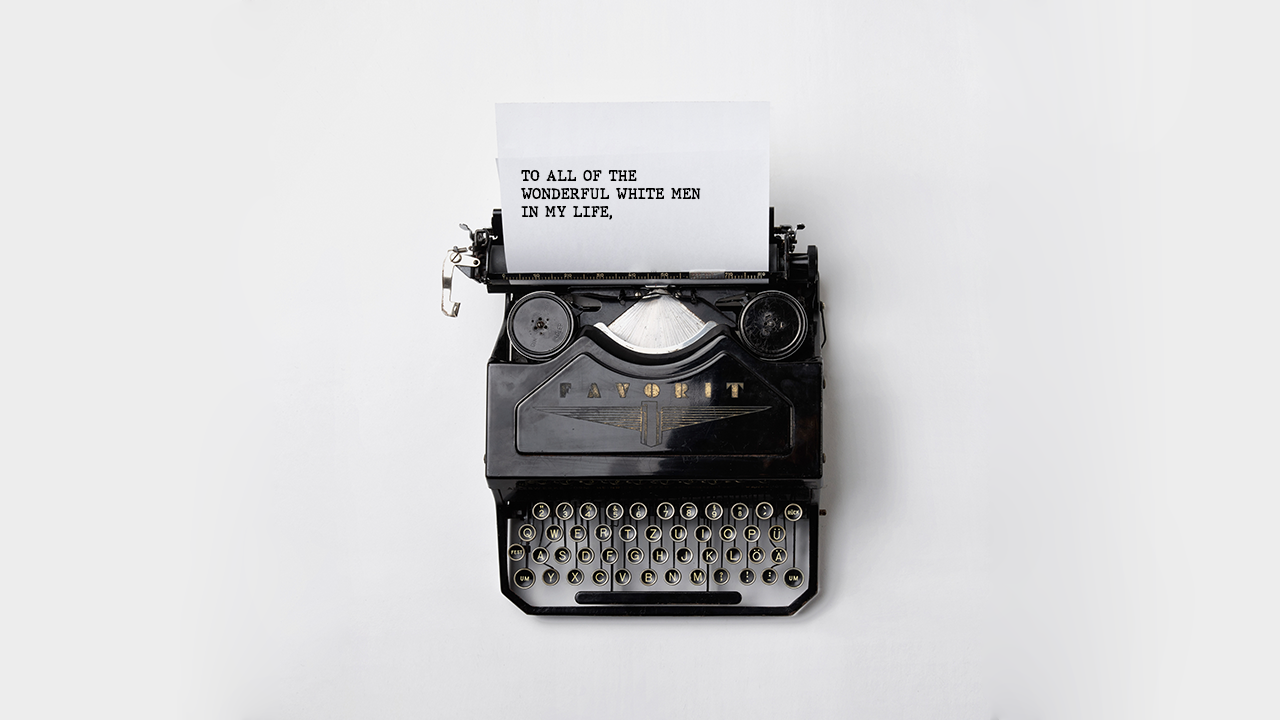 To All Of The Wonderful White Men In My Life,

Today, I am writing to you, just 48 hours after Minneapolis
went up in flames,
36 hours after the arrest of Omar Jimenez and his CNN production team
on national television,
just 12 hours after it was announced that Derek Chauvin would stand trial 5 long days after his knee found the neck of George Floyd.

I’m writing 23 days after Gregory and Travis McMicheal
were finally called to answer for the cold blooded murder
of Ahmaud Arbery
and just 6 days after Manhattanite Amy Cooper
aimed her fully loaded cellphone
At Christian Cooper — in the serenity of the Ramble at Central Park
in the name of flexing her liberal white feminist power.

To say that it has been a hell of a week is an understatement.

To say that it has been a devastating week if you are Black in America doesn’t even begin to touch what I am feeling right now.

I NEVER talk to you about race, not really.
I do listen though, as you often seek me out
in those moments of quiet connection,
when we are eye to eye and heart to heart
and there is no pomp or circumstance.

Whether we are kicking it at a mountain-esque mastermind
where you are helping me take over the world
or in those crowded hallways of the hottest
thought leader gatherings as we bustle
in between sessions
Or when we side hug and grin
after finishing an incredible meal
at a 5 star restaurant.
And even when we cuddle on the couch
at the end of a long week.

That is when you pour out your soul to me
- and tell me that you are with me.
You tell me with your eyes and your words and your genuine
heartfelt admiration how you really feel.

And in those private moments I cherish our closeness,
and I know that our love is true
but I also know that those moments are fleeting.

Because you will wake up tomorrow,
don that suit (or those jeans or that hoodie) again, put that mask firmly back in place
and venture out into the world to get yours.

So I don’t talk to you, not really — not about THIS.
Not in a way that represents true liberation and freedom
because I fear that you cannot hold it
cannot hold me beyond your own shame, anger, guilt, apathy and resignation
to fully understand the way that THIS
touches every facet
of my earthly existence.

Because today, I am cashing in that love.
Today, I am calling in my last Chit
One that is bigger than all of the things
I have ever asked of you before
One that will bind us in the true kinship called our humanity.
And this request, well it’s more for you
than it is for me.

Today, I am asking you to claim your rightful role
in shaping a world where all of us get the privilege
to BE in the truth of who we really are.

Even though I use the term Ally you must know
I don’t see it that way. Because you are family
both metaphorically and literally.
I also don’t see it because this is
just as much a part of your world as it is mine.

The only difference between you and me
is that you’ve been told the biggest lie of all
And that is — that you can win this way.

So how can you be my Ally when you are
actually suffering even more than me?

I’m asking you to break the glass ceiling
of dominant white male fragility
Tell the truth about what you see
In your locker rooms, corner pubs and country clubs
At, your social impact gatherings and meditation retreats
I’m asking you to CRUSH IT in a whole new way
In the boardroom, at the microphone and on every channel
you occupy.

Today, I link arms with whatever is good
and right and calling within you to say
that you can no longer hide.
Not behind iconic hip hop worship or cool, multi-culti friends
Not even behind Black wives
You have a purpose — that is bigger than anything
You’ve ever been shown before.

You have a relationship with the truth
That is dying to be reconciled.

Now is the moment where your voice
must be heard because as long as you remain silent.
This nightmare will continue and you will be complicit in it.

And those who have a vested interest
In your subjugation will prevail.
Because they will never be persuaded
To consider the hollowness
in their own speaking, at least
not until their lack of awareness
and connection has become the exception
Instead of the rule.

All of your past justifications have been
Logically understandable
I know why you toe the line
And I have tried my very best to meet
Your in-action with compassion.

But not today — and not anymore.

You know that question about gaining the world
At the risk of losing your soul?

Remember, it is your children who will inherit
whatever you decide

And they are definitely watching.