Notes on Failure: An Entrepreneurial Perspective 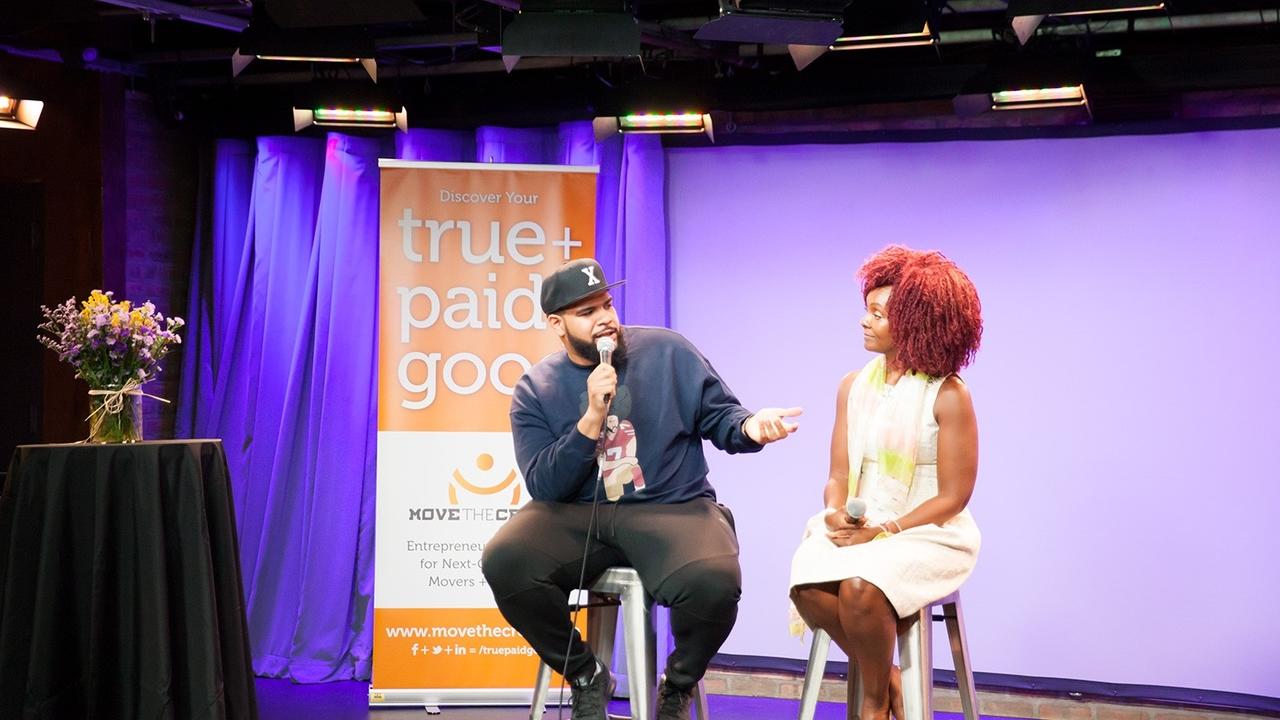 Around midnight last week, I wrote Model D’s editor. The email, a long-winded amalgam of self-deprecation and shame, was an attempt to explain why I was so late delivering this article. This exchange played into a perspective on failure that has been a constant in my life and career, and how I’m still trying to change it.

We (myself definitely included) can be quite hard on ourselves. I see it as a kind of looking-glass self: we see ourselves as we expect others to see us.

In our mirrors we see the weight that shouldn’t be hanging from our bodies, the skin that’s oily, teeth that are not perfect and straight and white. We remember the way we misspoke yesterday. We see that we aren’t millionaires at 30 like we told our high-school classmates we would be. We’re closing in on middle-age, and it seems less and less like we’ll be able to retire immediately thereafter, as was our original plan.

Failure, too, is mostly a reflective property.

In real life, people say all kinds of messed up stuff about us, but it’s usually not “look at this failing failure of a human being.” That’s not to say that we always (or ever) know how to help and support each other, but you have to work really hard to generate active naysaying. No one, not even your haters, is sitting at home calling you a failure.

No, no, beloved: Failure is a title you judged, juried, executed, and decided to carry around with you all by your ownzie.

Because we’re narcissists. It’s easier to think about ourselves outside of the reality that at any time, each of us is just one of 7 billion people currently living on Earth. And whether or not we think of this as a race, we all tend to embody the immortal words of Ricky Bobby: “If you ain’t first, you’re last.”

At this point, I’m convinced that we are dealing with a word misunderstood—which is especially problematic because it’s also a word we almost exclusively use internally—and unfortunately constrained to a binary evaluation. We use the word as though our life is a pass/fail course. I certainly have.

I turned 31 in June. I’ve pretty much set most of my romantic relationships on fire (#foreveralone), and have some honestly-not-terrible-but-totally-anxiety-inducing debt to show for the various entrepreneurial attempts and adventures I’ve been on.

My crowning achievement, most days, seems to be the fact that I haven’t starved or actually fallen on an actual sword throughout my adult life-to-date.

I give you this self-immolating recap of my past 13 to 14 years because, despite the fact that by so many objective metrics I feel justified in considering myself a failure, I actually can’t think of anyone who would describe me as that. That’s not a humble brag. I can think of people who don’t like me much. But on the long list of warts and flaws, I just don’t think (hope, pray, and please don’t pop my bubble)that anyone would call me a “failure,” no matter how much feeling like one has defined my life.

This article is actually appropriately timed (God tends not to make as many mistakes as it feels like we do). I’ve been thinking a lot about the things that happen to us when we are consumed with fear, especially within entrepreneurship, and often within a low-to-moderate income demographic filled with people of color (in other words, Detroit). This is especially true when we think about failure as a binary, death-sentencing, singular event. (For the purposes of this discussion, I’m looking at my fellow entrepreneurs of color, but the theory applies much more broadly.)

As people of color, we are trained to make safe choices. We are conditioned to survive (or succumb) to flagrant school-to-prison pipelines, presumptions of guilt, police encounters, and implicit biases in job interviews (and most other places, too). We are taught that when you have a “good thing” like food, and shelter, and clean water (which shouldn’t be on this list in America, but clearly has a place here), you should double-down and protect it. We are taught to be risk-averse, and the ugly beast of a boogey-person who lurks on the other side of risk is named Failure.

"Failure, if it is anything, is about not trying, not about not succeeding." FOLLOW @NilesHeron
Follow @truepaidgood

We are taught not to dream big, not to quit stable jobs, not to concern ourselves with building new wings, and not to jump off cliffs, because we are told we will fail.

We are taught, frankly, that risk is for white people (there are skydiving and board game jokes, here).

We are taught lies.

(To be fair, it’s not only black folk who are given these constructs, I would just argue that we suffer more from the systematic integration of them.)

And maybe the most damning of all is the often-unchallenged notion that the entrepreneurial setbacks are close kin to our aforementioned boogey-person homie Failure.

The purpose of a business is to bridge a gap, or solve a problem. It’s to “fix” a market failure at a quality level that is worth paying for. Rarely do businesses create something truly “new.” Rather, they solve a need that has been solved before, but in a better way. It doesn’t take much to deduce that, fundamentally, businesses exist to address failure—if your brain is spinning, it’s because there aren’t many easy “wins.”

I’m about to deliver a bit of a letdown: I don’t have a solution. But I do hope that sharing some thoughts of my own regarding how I diagram the problem can help you do the same.

One positive step that I have taken, of late, has been to use my own language to remind myself of subtle differences in thought patterns I exhibit regarding my own fear of failure.

I say these regularly—I guess you could call them affirmations.

The takeaway, I hope, is that by recognizing failure to be what it is (internal motivation), we can distance ourselves from the fear, and start making better choices regarding our businesses and lives. Entrepreneurship is a lonely, boobie-trapped path along the side of the jagged cliff that we jumped from. We are carrying our wings and dreams as we descend into a canyon before we can climb back up the other side and tell people we made it.

They won’t listen. Hell, it’s not like we did. Entrepreneurs are dreamers. They will just hear that we built wings, and it worked out okay in the end (that we weren’t failures, like they fear they are), and they’ll build their wings and walk up to the cliff.

The best thing we can do is welcome the questions, embrace their problems and ours, and hope that somewhere, someone will listen to us when we say (over and over again) that we are here to help with the inevitable problems that will arise. We will tell them to hire consultants, rely on experts, and use their networks. We will try to create as many success stories as possible from the group of entrepreneurs who follow us, if only because it will mean there are that many more of them available to answer questions like these moving forward.

And if we’re lucky, we can help them unlearn their fears.

In the words of someone smarter than me: “Failure, if it is anything, is about not trying, not about not succeeding.”

This article is part of a series where entrepreneurs tell their stories of failure. It is sponsored by TechTown Detroit. Read more articles in the series here.

Niles Heron is a writer, entrepreneur, and consultant. He is taking applications for a new Comcast sponsored program called “Power | Scale” where consultants compete to help find solutions to problems entrepreneurs face in their businesses. If you’re an entrepreneur in Detroit facing problems in your business (non-financial), send an email to [email protected].